14 minute read
Back to LERNx

On October 21, 2021, the Supreme Court of Canada released its unanimous decision in Nelson (City) v. Marchi,, in which the distinction between policy and operational decisions made by a public authority in negligence actions was a primary issue, which we covered in a previous blog. The Court has taken the opportunity to provide a framework for structuring the second stage of the Just analysis. That is, whether the public authority is immune from liability on the basis that the impugned decision constitutes a “true” policy decision, as opposed to an operational implementation of that policy.

Although arising out of a British Columbia action, this decision has important application to actions commenced against local municipalities in Ontario, and elsewhere in Canada.

In this case, the plaintiff, Taryn Marchi, was seriously injured when she attempted to walk over a snowbank on Baker Street in downtown Nelson, BC. Ms. Marchi brought a claim against the City of Nelson arising from her injury. Ms. Marchi claimed that the City created a hazard when it cleared snow on its streets following a heavy snowfall overnight on January 4-5, 2015. City work crews plowed the snow on the block of Baker Street in the early morning of January 5 in such a way that created snowbanks at the edge of the street, limiting access to the sidewalk. On January 6, Ms. Marchi parked in an angled spot on Baker Street and, seeing no other means of getting onto the sidewalk, attempted to cross over the snowbank. As she did so, her right foot dropped through the snowbank onto something that bent her foot upwards and she fell forward. As she fell forward, her foot was locked in the snowbank, causing serious injury to her leg.

The City of Nelson (the “City”) argued that it did not owe Ms. Marchi a duty of care in the circumstances, as the decision respecting plowing and snow removal were bona fide policy decisions and therefore immune from judicial review in accordance with the analysis in Just v British Columbia [1989] 2 SCR 1228.  Just established that public authorities owe a prima facie duty of care to users of public highways, but that, at the second stage of analysis, such a duty may not be imposed where there is a valid basis for its exclusion. The Court in Just highlighted two potential bases of exclusion: statutory exemption from liability or where the duty of care arose out of a “true” policy decision. In Marchi, the City submitted that the snow clearance and snow removal policies were “true” policy decisions as they involved allocating scarce resources.

Conversely, Ms. Marchi argued that the City should have left openings in the snowbanks to permit safe access from the street onto the sidewalk. She relied upon evidence of the practices in neighbouring municipalities to establish that there were reasonable and preferable ways to clear the streets so as to ensure safe access to the sidewalks.

The trial judge accepted the City’s submission that it did not owe Ms. Marchi a duty of care because its decisions with respect to snow removal were bona fide core policy decisions, which were dictated by the availability of resources, and the City had followed its written and unwritten policies. Alternatively, the trial judge found that the City did not breach the standard of care. In the further alternative, the trial judge concluded that the City’s alleged negligence was not made out under the standard tort analysis, because Ms. Marchi was the “author of her own misfortune”. The action was dismissed.

Willcock J.A. found that the trial judge did not properly engage in the analysis called for by the Supreme Court of Canada in Just, regarding the distinction between government policy and operational decisions. In Just, Cory J. held that “[t]he dividing line between ‘policy’ and ‘operation’ is difficult to fix, yet it is essential that it be done.” Cory J. concluded:

The Court of Appeal held that the trial judge erred in simply accepting the City’s submission that all snow removal decisions were core policy decisions. According to Willcock J.A., certain of the impugned decisions of the City’s street clearing crew may properly have been characterized as operational in nature. For example, the decision not to further extend the hours of snow clearing and the decision not to move snow into particular parking spots, leaving access to the sidewalk open in other areas along the street, were operational decisions.[2]

With respect to causation, the Court of Appeal held that the trial judge misunderstood how to factor in Ms. Marchi’s fault. The trial judge improperly reasoned that, if Ms. Marchi could have avoided the accident, she was the proximate cause of her injuries. This was a failure to apply the “but for” test for causation.

The City appealed the Court of Appeal decision. There were three issues on appeal:

The Duty of Care

Duty of care was the central issue on appeal and the Supreme Court of Canada took great care in outlining the applicable framework and underlying principles of core policy immunity. Karakatsanis and Martin JJ, writing for the Court, commented that what is most important is that immunity for core policy decisions made by government defendants is well understood and fully explored where the nature of the claim calls for it.[5] They emphasized that the analysis must remain on the underlying rationale for core policy immunity as it “serves as an overarching guiding principle for how to asses and weigh the factors” for identifying core policy decisions.[6]

Core policy decisions are immune from negligence liability because the legislative and executive branches have core institutional roles and competencies necessary for the separation of powers that must be protected from interference by judicial oversight.[7] Ultimately, whether a public authority ought to be immune from negligence liability depends on whether and the extent to which the underlying separation of powers rationale is engaged.[8]

Importantly, the Court identified four factors to consider when determining the nature of a government’s decision and if an impugned decision should benefit from core policy immunity:

Thus, in the course of weighing the above factors, the focus must always be on the underlying purpose of the immunity and the nature of the decision. None of the factors is necessarily determinative alone and more factors and hallmarks of core policy decisions may be developed. Courts must assess all the factors and circumstances.[9]

With respect to the first factor, the Court highlighted that the focus should be on the nexus between the decision-maker and the democratically accountable official who bears responsibility for public policy decisions. The higher the level of the decision-maker within the executive hierarchy, or the closer the decision-maker is to an elected official, the higher the possibility that judicial review for negligence will raise separation of powers concerns or have a chilling effect on good governance. The more the responsibilities of the decision maker include the assessment of balancing public policy considerations, the more likely core policy immunity will follow. Conversely, decisions far-removed from a democratically accountable official, such as those by an employee, are less likely to attract core policy immunity and private negligence principles apply.[10]

For the remaining three factors, the analysis should focus on the process by which the decision is made. Decisions requiring substantial debate, deliberation, input from different levels of authority and involving broad budgetary allotment considerations are more likely to be core policy decisions, immune from review. The more a government decision requires balancing between a variety of value judgments and competing considerations, the more likely separation of powers, and immunity, will be engaged because otherwise a court would be required to substitute its own judgment for that of an elected government authority.[11] Conversely, the more a decision is based on “technical standards or general standards of reasonableness”, the more likely it can be reviewed for negligence.[12]

A key takeaway from the decision is the emphasis on carefully identifying the impugned decision. The Court stated that, in a duty of care analysis, the decision or conduct at issue must be described with precision to ensure that immunity only attaches to core policy decisions.[13] Here, the Court agreed with Ms. Marchi that the trial judge erred in improperly focusing on snow removal, in general, without narrowing the analysis on the actual impugned decision. The Court narrowed the issue to “the removal of snow from parking stalls and creation of snowbanks along the curb without ensuring safe access to sidewalks.” Accordingly, even if the City’s written snow removal “policy” was “core policy”, it did not mean that the creation of snowbanks without clearing pathways for sidewalk access was a matter of core policy. The trial judge’s decision that the City’s actions were the result of policy decisions was “overbroad” and incorrectly merged all of the City’s snow removal decisions and activities.

Further, the word “policy” is not determinative of whether government conduct should be immune from negligence liability. The Court agreed with the Court of Appeal in that the trial judge’s conclusion, that all of the City’s unwritten snow removal practices were “unwritten policies”, improperly coloured his conclusion that all of the City’s snow removal practices were core policy.[14] The trial judge also improperly treated budgetary implications as determinative of the core policy question.[15]

The Standard of Care

At trial, the trial judge found that the City was not the cause of Ms. Marchi’s injuries because she assumed the risk in crossing the snowbank. Essentially, she was the “author of her own misfortune”. Again, the Court agreed with the reasons of the Court of Appeal that the trial judge also erred in his causation analysis, which focused on Ms. Marchi’s conduct.[17] The Court clarified that a plaintiff’s conduct is generally relevant to a defence, such as contributory negligence or assumption of risk, which are separate and distinct from the causation analysis. The trial judge misapplied the defence of contributory negligence.[18]

The Supreme Court of Canada held that, on the duty of care, the impugned City decision was not a core policy decision and the City therefore owed Ms. Marchi a duty of care and was not immune from liability. The standard of care and causation assessments required a new trial. The appeal was dismissed.

The decision in Nelson (City) v. Marchi is an explicit attempt to clarify previous Supreme Court of Canada jurisprudence regarding the policy versus operational distinction and public authority immunity. The decision will have wide application across Canada. Clearly, the aim was to build out the analytical framework in these negligence cases so as to assist lower courts and litigants in determining the evidence required to establish whether an impugned decision constitutes “core policy”, or not. 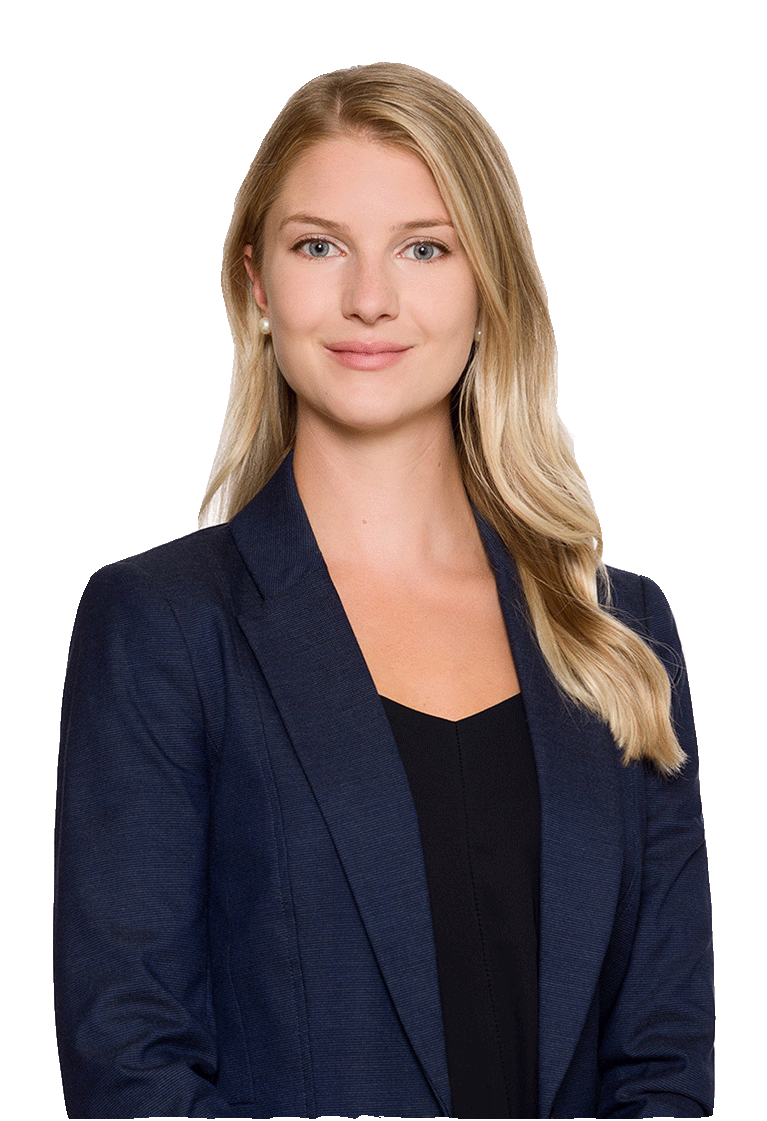