What to Expect When You’re Expecting (To Get Divorced)

9 minute read
Back to LERNx
Also authored by: Vanshika Dhawan

Navigating legal and financial issues that impact your life when your family dynamic changes can be challenging. Subscribe to FamilyMatters, our Lerners Family Law blog series, which provides insightful information and helps you determine your next steps.

Pop culture tends to drive public understanding of the law. After all, people are far more likely to watch lawyers on primetime and on the big screen before they find themselves in a situation where they might need one. American legal dramas also tend to dominate airtime, which often leaves Canadians wondering not only how “accurate” the depiction of law is, but how applicable it is north of the border.

Family law is no exception. Marriage Story, a Netflix feature film released in 2019, was praised for its intimate, realistic portrayal of divorce. Given its popularity and critical acclaim, it is understandable that Marriage Story likely serves as an introduction to family law for many.

This blog breaks down five things that Marriage Story gets right, where it takes liberties, and what the “law of divorce” is in Ontario.

Before we begin: A word on the law in Ontario and Canada

We presume that Marriage Story follows Californian law, primarily, as the film is set in Los Angeles. Every jurisdiction has distinct legislation that governs family law-related topics, such as property, support, and divorce. If you are in the process of getting a divorce in Ontario, the issues arising from your separation will follow the Divorce Act and the Family Law Act. The procedure is governed by Ontario’s Family Law Rules.

(1) Best interests of the child: Can my partner move away with our child?

At her colleague’s insistence, Nicole meets with Nora, the family law lawyer she eventually hires. Nicole tells Nora she wants to live in Los Angeles with Henry, her and Charlie’s son. Nicole, Charlie, and Henry lived in New York at the time of separation. Nora tells Nicole, “We’re interested in what you want to do. Sounds to me like you did your time in New York. [Charlie] can do some time here…”.

It’s not always about mom and dad. A client’s goals drive the process, and a lawyer takes instructions from their client. Still, when it comes to child-related matters, the court considers the best interests of the child. The Divorce Act (at section 16) outlines the court’s considerations when determining the best interests of a child.

Sometimes, what is “best” for your child in the court’s view does not align with your opinions. In Ontario, a judge may have disagreed with Nicole’s decision to move away with Henry and unilaterally enrol him in a new school, particularly if Henry was well established in New York with his former school, friends and activities. We are not evaluating the merits of Nicole’s claims, but the court is not purely interested in what she wants to do regarding Henry’s parenting.

As of March 2021, our legislation no longer uses the terms “custody” and “access,” which are words that are often used in television shows and film. Instead, the new terminology uses the terms “decision-making responsibility” and “parenting time.”

(2) Conflicts of interest: Does meeting with a lawyer mean my partner cannot hire them?

Unfortunately, the answer is usually “yes.”

In Marriage Story, Charlie arrives at law firm for a consult and is told by the receptionist that his appointment is canceled because the lawyer already met with Nicole.

The Law Society of Ontario requires lawyers and law firms to take conflicts of interest very seriously. Before meeting with a potential client, a conflict search is done.

Every lawyer and law firm has its own way of performing conflict checks. For example, at Lerners, one of our legal assistants will ask for your full name, birthday, and occupation. They will also ask for the same information about your partner. If it turns out that one of our lawyers has already discussed your matter with your partner, we will not be able to assist you.

Due to this professional requirement, it is possible for one person to have several consults with different lawyers, making it difficult for the other person to meet with their first lawyer of choice. Not to worry – many lawyers charge for an initial consult, and there are usually several lawyers who practice within the same jurisdiction. It would be an expensive endeavour for someone to have many consults with the sole purpose of preventing the other from having the legal representation they desire.

(3) Legal fees: How much does a family law lawyer cost?

The first lawyer that Charlie sees is Jay. Jay’s colleague, Ted, is present during the meeting. During his consult, Jay tells Charlie the following: “I charge $950 per hour. Ted is $400. If you have a stupid question you call Ted. To start, we’ll need a $25,000 retainer.”

While Jay’s hourly fee is certainly on the higher end of the range, his numbers are not necessarily “off the charts.” There are family law lawyers that can charge similarly high fees and may ask for a similarly high retainer fee. However, this depends on a few factors (including experience and jurisdiction).

It is common for lawyers to work with a junior associate or a law clerk with a lower billing fee to decrease legal fees. Although Ted’s role in Marriage Story is not explained, it is clear that his services are less expensive than Jay’s services, which is why Jay encouraged Charlie to speak to Ted first.

Legal fees vary greatly. You can expect to spend at least a few hundred dollars per hour on a family law lawyer. Usually, legal fees increase with a lawyer’s experience. Given the number of variables in the family law process, it is very difficult for lawyers to predict the number of hours it may take to complete a matter.

(4) The “receipts”: How does adultery affect divorce?

Part of the breakdown of Charlie and Nicole’s relationship in Marriage Story is caused by Charlie’s extra-marital affair with Mary Ann, the stage manager of his theater company. Nicole was able to confirm Charlie’s affair by hacking his emails. Jay and Nora mention these facts during one of the court hearings.

In Canada, and according to sub-section 8(2) of the Divorce Act, there are three grounds for divorce: cruelty, adultery, and living separate and apart for at least one year immediately preceding the determination of the divorce proceeding and at the commencement of the proceeding.

If one person seeks a divorce on the basis of adultery, and the other person does not contest the divorce, the first may be able to get a divorce before waiting one year. However, if the other person contests that the divorce occurred on the ground of adultery, the person claiming adultery will have to prove it, which can sometimes be difficult. That said, our’s is a “no-fault system”: adultery does not affect someone’s legal rights, entitlements, and obligations with respect to parenting time, support, and property.

Another consideration when claiming adultery in your pleading is that sub-rule 36(3) of the Family Law Rules does not require that the “third party” (i.e., the person with which your partner had an affair) be named in the court documents, but if you choose to mention the third party’s name, you will be required to serve the third person with your application and that the third person will have all the rights of a respondent in the case. This is an important consideration because you may not want the third party to be privy to all of the intimate details of your application.

A quick note on Nicole hacking Charlie’s email: that evidence may not be admissible in a court because of how she obtained it (i.e., accessing an email account that did not belong to her without permission). There are exceptions to this rule, and admissibility will vary on a case-by-case basis. Although it is not the focus of this blog, there can be consequences to accessing your partner’s emails and other online accounts post-separation that can negatively impact your case.

(5) The client-solicitor relationship: Can my lawyer make big decisions without my permission?

At the end of Marriage Story, Nora tells Nicole she “tweaked” the parenting time agreement at the last minute so that Nicole would have slightly more time with Henry than Charlie. Nicole protests because that’s not what she wants, and Nora tells Nicole to take the win.

What Nora did to Nicole was inappropriate.

Although a lawyer does not need to take instructions for every small step on the file, lawyers are not permitted to make an important strategic decision without receiving instructions from their client.

A lawyer can make recommendations to their client and advise a client where certain steps are unsuitable. They can even terminate a retainer with a client under certain circumstances, which include a breakdown of the client-solicitor relationship.

Bert, Charlie’s first lawyer, aptly says, “Eventually, this will all be over, and whatever we win or lose, it’ll be the two of you having to figure this out together.”

When all is said and done, you and your former partner will have to figure it out together. Divorce is deeply intimate because marriage is deeply intimate. Contrary to popular belief, lawyers don’t have to make that worse. Despite what Hollywood may portray, lawyers can, in fact, help you navigate these difficult times and make the process less painful.

Navigating legal and financial issues that impact your life when your family dynamic changes can be challenging. Subscribe to FamilyMatters, our Lerners Family Law blog series, which provides insightful information and helps you determine your next steps. 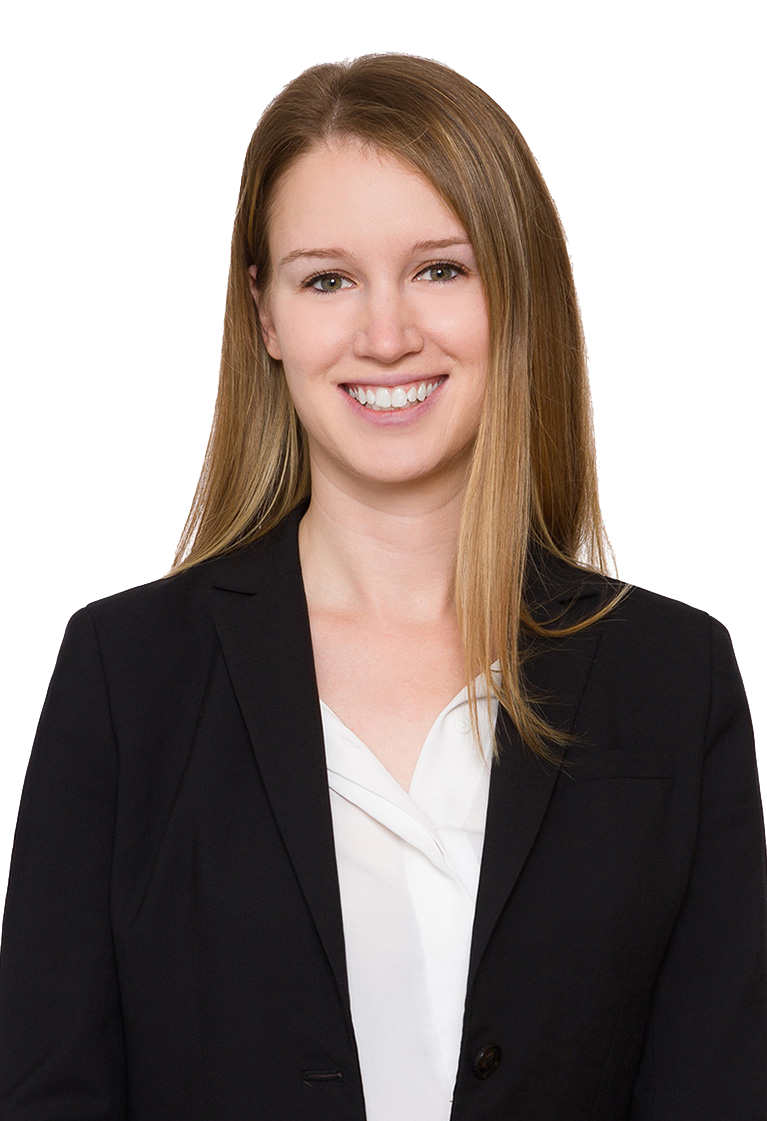