The Ontario Court of Appeal recently had the opportunity to consider the Supreme Court of Canada’s decision in Grant Thornton LLP v. New Brunswick and articulate some fundamental principles about the discoverability of a claim for the purpose of the Limitations Act in Gordon Dunk Farms Limited v HFH Inc.*

In 2011, Gordon Dunk Farms Ltd. decided to build a new hog barn on its property. It retained the defendants, McNeil Engineering & Construction Inc. (to design the barn), HFH Inc. (as the contractor), and Franken Concrete Forming (2011) (to complete the necessary concrete work).

After the barn collapsed, the insurance adjuster retained two engineering firms to prepare reports. These firms both attended at the farm on May 8, 2014 and provided their preliminary reports that day. The second engineering firm’s final report was delivered on May 21, 2014.

Gordon Dunk Farms’ insurance covered some, but not all, of the loss. The insurer hired a lawyer to pursue a subrogated claim against the three defendants. That same lawyer was also retained to recover the remainder of the loss suffered by Gordon Dunk Farms.

The lawyer commenced the action on May 24, 2016, the Tuesday after a long weekend holiday. The parties agreed that if the claim was only discovered by the time of the second engineering firm’s final report, then the lawsuit was commenced in time.

The question before the motion judge was whether the claim was statute-barred because it was commenced more than two years after Gordon Dunk Farms knew, or ought to have known it had a claim.

The motion judge concluded that the principals of Gordon Dunk Farms knew or ought to have known of the necessary facts by May 12, when they met with the insurance adjuster to discuss the situation. Therefore, as the action was commenced more than two years after the claim was discovered, it was statute-barred.

On appeal, the focus of the argument was on whether the motion judge erred by failing to conduct individual discoverability analyses for each of the 20 acts or omissions that Gordon Dunk Farms pleaded. Gordon Dunk Farms conceded that its principals knew about some of the deficiencies in the barn’s design, but argued that there was no evidence they knew about other deficiencies in the design, construction, and inspection of the construction until they received the May 21 report. Therefore, according to Gordon Dunk Farms, the claims based on those failures were not statute-barred.

The Court of Appeal rejected this argument. It noted that the Limitations Act uses the word “claim” and “[b]ecause a claim is for a legal remedy in a court proceeding, one can have a claim for the same remedy based on one or more acts or omissions that may have caused the loss” (para. 28). Different acts or omissions may constitute particulars of the claim; however, the claim is for the remedy itself (in other words, damages for negligence and breach of contract).

The Court of Appeal referred to the Supreme Court of Canada’s recent decision in Grant Thornton, which held that a claim is discovered “when a plaintiff has knowledge, actual or constructive, of the material facts upon which a plausible inference of liability on the defendant’s part can be drawn” (para. 30, quoting Grant Thornton, at para. 42).

The plaintiff does not need to know the exact act or omission by the defendant that caused the loss in order for the limitation period to commence. Rather, the plaintiff must have an “evidentiary basis to believe that the defendant did an act or made an omission that caused a loss for which a court proceeding is appropriate to obtain a remedy” (para. 36).

In this case, all of the separate alleged deficiencies identified by Gordon Dunk Farms were allegations of faulty design, faulty construction, and faulty inspection during construction. The motion judge found that the principals of Gordon Dunks Farms knew shortly after the collapse that the defendants were responsible for these steps in the development of the barn, and that the barn collapsed because of the failure of one or more of the defendants in planning and constructing the barn. That was sufficient to conclude that the claim was discovered before the second report was delivered, and there was no basis to interfere with the motion judge’s findings.

The Court of Appeal decision offers helpful guidance about what it means for a claim to be discovered for the purpose of the Limitations Act. A plaintiff does not need to know the exact act or omission that caused the loss in order for the limitation period to commence. To use the example given by the court, a plaintiff who was injured in a car accident may not know whether the defendant was drunk, asleep at the wheel, careless, or distracted, but this does not matter for the purpose of discovering the claim. Once the plaintiff knows, or ought to have known that the defendant committed some act or omission that caused the loss or damage, the limitation period will normally start running.

The decision reinforces the importance of commencing lawsuits in a timely manner. Further facts can and will be discovered as the action proceeds, but once the plaintiff has an evidentiary basis to believe that the defendant acted or omitted to do something causing a loss for which a court proceeding is appropriate, the plaintiff needs to act promptly or risk having their claim dismissed.

*Lerners acted for one of the respondents in this appeal. 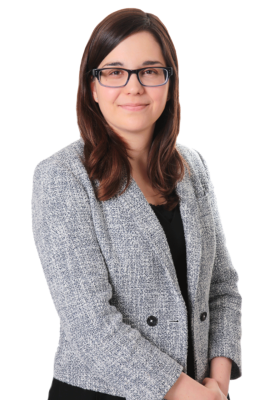