Breaking Down Barriers: The Test of Public Interest Standing Clarified

On June 23, 2022, the Supreme Court of Canada released its long-awaited decision in British Columbia (Attorney General) v. Council of Canadians with Disabilities, which considered the test for public interest standing. Writing for a unanimous bench, Chief Justice Richard Wagner determined that public interest litigation may proceed without a directly affected plaintiff as long as a concrete and well-developed factual setting can be established

The Supreme Court of Canada’s decision confirms the factors for public interest standing as Justice Thomas Cromwell laid down in Canada (Attorney General) v. Downtown Eastside Sex Workers United Against Violence Society, 2012 SCC 45 (Downtown Eastside). This is a significant step toward improved access to justice within our legal system and will allow organizations to better serve those it advocates on behalf of, including historically marginalized and disadvantaged members of society.

In September 2016, the Council of Canadians with Disabilities (“CCD”) and two individual plaintiffs brought a claim to challenge the constitutional validity of three related statutes in British Columbia, including the Mental Health Act, Health Care (Consent) Act, and the Representation Agreement Act.

The plaintiffs alleged the impugned provisions within the statutes deprived involuntary patients of the right to consent to psychiatric treatment regardless of their actual capability to do so and precluded their substitute decision-makers from making treatment decisions as their representatives, contrary to s. 7 and s. 15 of the Charter.[1]

After the claim was commenced, the two individual plaintiffs who were directly affected by the impugned provisions filed notices of discontinuance, leaving the CCD as the sole plaintiff. The CCD then filed an amended Notice of Civil Claim to remove all factual allegations relating to the plaintiffs and replaced them with more generalized allegations regarding the nature, administration, and impact of forced psychiatric treatment. The CCD also pled that it should be granted public interest standing.[2]

The Attorney General of British Columbia brought a summary trial application, seeking to dismiss the claim by arguing that the CCD did not have public interest standing and that the lack of an individual plaintiff was fatal to the CCD’s claim, as it could not adduce a sufficient factual basis to resolve the constitutional issues.

The Supreme Court of British Columbia (“BCSC”) granted the Attorney General’s summary trial application, finding that the CCD failed to satisfy the three-part test for public interest per Downtown Eastside, which requires an analysis of whether:

The British Columbia Court of Appeal allowed CCD’s appeal. It remitted the matter to the BCSC for fresh consideration, noting that the determination of public interest standing should be increasingly attuned to the “practical realities of providing meaningful access to justice for vulnerable and marginalized citizens affected by legislation of questionable constitutional validity.”[3]

The Court of Appeal described the CCD’s claim as a “comprehensive and systemic constitutional challenge to specific legislation that directly affects all members of a defined and identifiable group in a serious, specific and broadly-based manner regardless of the individual attributes or experiences of any particular member of the group.” In the view of the Court of Appeal, then, the CCD could establish a claim via non-plaintiff witnesses and expert testimony.[4]

The primary issue the Supreme Court of Canada was tasked to determine was the manner in which Downtown Eastside should be applied, including what role the principles of access to justice and legality play and whether they permit a “particular weight” in the balancing exercise between granting interested party status and not granting it. The Supreme Court of Canada also addressed the issue of how a litigant can seek public interest standing without an individual co-plaintiff such that the claim will be presented in a “sufficiently concrete and well-developed factual setting.”[5]

The Supreme Court of Canada unanimously determined that public interest litigation may proceed without a directly affected plaintiff, holding that the three-part test in Downtown Eastside must be weighed purposively and with regard to the specific circumstances.[6]

These purposes, in the view of the Supreme Court of Canada, include i) efficiently allocating scarce judicial resources and screening out “busybody” litigants, ii) ensuring that courts have the benefit of the contesting points of view of those most directly affected by the issues, and iii) ensuring that courts play their proper role within our democratic system of government.[7]

The Supreme Court of Canada further explained that courts must consider the purposes that justify actually granting public interest standing, including giving effect to the principle of legality and ensuring access to the courts, or more broadly, access to justice. The ultimate goal is to strike a meaningful balance between the purposes that favour granting standing to those that favour limiting it.[8]

The Supreme Court of Canada was candid and unapologetic in recognizing its concern for conserving scarce judicial resources and needlessly overburdening the justice system, outlining a list of non-exhaustive factors to establish a “concrete and well developed factual setting” and satisfy whether the proposed suit is a “reasonable and effective means of bringing the case to court”:

It is worth emphasizing that the principles of legality and access to justice were discussed at length in the decision. The Supreme Court of Canada explained that principles of legality and access to justice do not merit “particular weight” or “precedence in the analysis.”[9] Rather, both legality and access to justice are taken into account in assessing the test for public interest standing, but should not be used as a license to grant standing to whoever decides to set themselves up as the representatives of the poor or marginalized.[10] This, of course, is a reflection of the Supreme Court of Canada’s underlying goal to protect scarce court resources and prevent the floodgates from opening when it comes to public interest litigation.

In the view of the Supreme Court of Canada, a flexible and discretionary approach to public interest standing must be guided by all the underlying purposes of standing and not one specific purpose. This approach, then, is to be informed by (not determined by) principles of legality and access to justice.[11]

Applied to the facts of the case and assessing the Downtown Eastside factors cumulatively, flexibly, and purposively, the Supreme Court of Canada unanimously granted CCD public interest standing. The Supreme Court of Canada cautioned against using a “blunt instrument” of denying standing and encouraged the use of litigation management tools, noting that if the CCD fails to adduce the required factual basis, the Attorney General may apply to have the issue of standing reconsidered at the conclusion of the discovery stage.[12]

As such, the Attorney General’s appeal was dismissed, CCD’s cross-appeal was granted, and the Court of Appeal’s order was set aside. The CCD was granted public interest standing.

Why is this Important?

It remains to be seen what will occur as this matter proceeds on the merits. However, this is a significant decision for removing barriers and increasing access to justice, not only for organizations seeking public interest standing, but the specific individuals those organizations serve and seek to advocate for.

The Supreme Court of Canada’s decision will play a significant role in advancing public interest litigation, particularly involving the Canadian Charter of Rights and Freedoms, where legal issues often concern broader society rather than individuals.

Although the Supreme Court of Canada remains concerned about the responsible use of court resources, allowing public interest to proceed without an individual plaintiff in cases of public importance will work to avoid frivolous lawsuits and limit procedural delays, as organizations with specific expertise, knowledge, and resources will be able to take the lead in bringing such litigation before the courts.

Twenty-two interveners were involved in the appeal at the Supreme Court of Canada heard in January 2022, including the Canadian Civil Liberties Association, Ecojustice Canada Society, National Council of Canadian Muslims, Queen’s Prison Law Clinic, Aboriginal Council of Winnipeg, and Centre for Free Expression, among many others. The involvement of these diverse interveners, serving a multiplicity of individuals and causes, speaks to the impact this decision will have across Canada. Many of these organizations undoubtedly have a vested interest in public interest litigation, given that the individuals and causes they so resolutely serve have not only faced barriers, but been historically excluded from the legal system and society.

For these organizations and many more, this decision will provide a path for the future and allow public interest litigation to continue to do what it is intended: hold public bodies accountable, develop and clarify the law, and provide the most marginalized members of society a voice to the betterment of society. 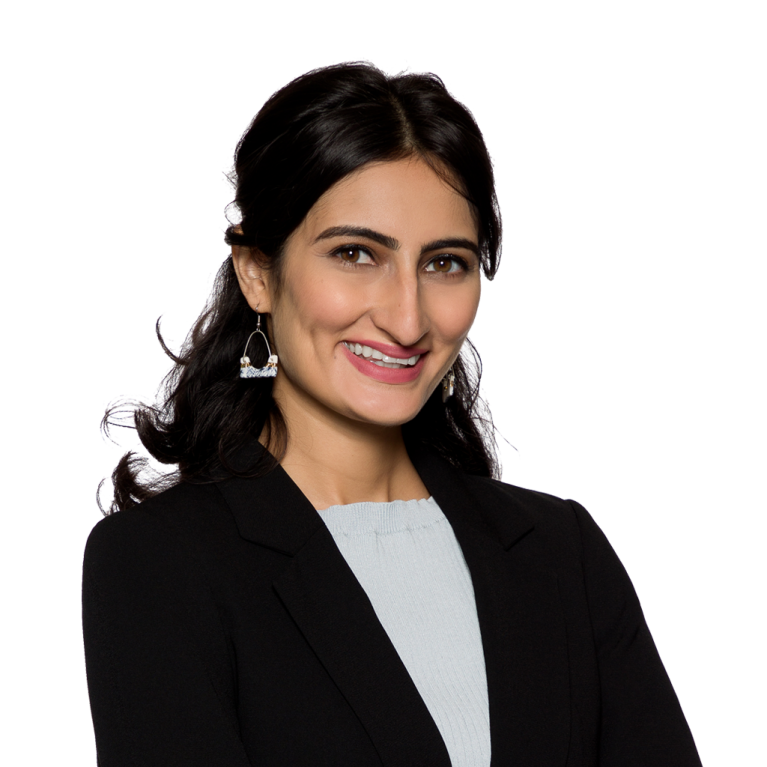