How Can We Help? We’ll be happy to match you to the right qualified Lerners Lawyer.
Scotland’s Yard Channer’s Fashion Show 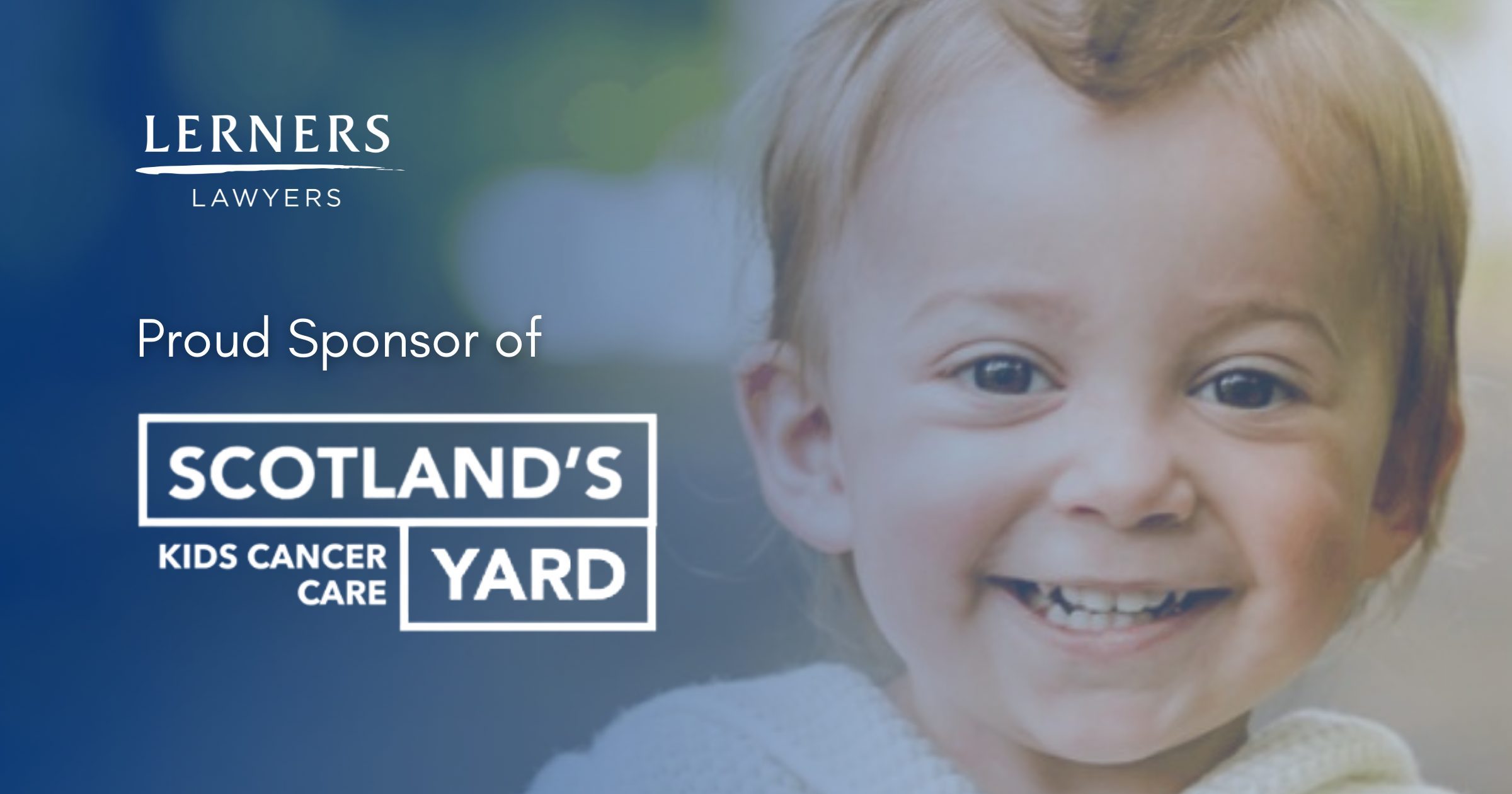 This year, Lerners is a proud sponsor of the Grand River Hospital Foundation. This foundation dedicates itself to the Greater Waterloo Region’s community by working with people of various ages and stages of life with the goal of making an accessible and exceptional experience for all. The main objective of the Grand River Hospital Foundation is to raise the money needed to support the programs and purchase the required equipment for the hospital while transforming the definition of Healthcare in the Greater Waterloo Region. While base funding provided by the provincial government covers supply, staff, and daily operations costs, it does not pay for new and replacement equipment, and some programs are not covered by the government. This is where their foundation comes in.

One of the many initiatives the Grand River Hospital Foundation has launched is Scotland’s Yard Project. This initiative focuses on a vision of improving pediatric cancer care quality in the Waterloo Region and is inspired by Scotland (Scottie), who is a young girl faced with a difficult cancer journey. Scotland’s Yard has planned for two major events this year: the Channer’s Fashion show, and the Road Hockey Classic.

On May 5th, several Lerners’ lawyers including Alysia Christiaen, Jessica Tracey, Danielle Douek, Carolyn McKeen, and Shauna Powell participated and attended the Channer’s Fashion show in support of Scotland’s Yard Project. Held at the Westmount Golf & Country Club, Channer’s partnered with the Old Bags of Westmount for a fun-filled night including a fashion show, a live and silent auction, and a special auction table with gently used designer handbags. All proceeds from this event went directly to Scotland’s Yard Project and the Grand River Hospital Foundation, and the team at Lerners could not have been happier to show their support.

Lerners is also supporting Scotland’s Yard’s road Hockey Classic, which is being held on July 8th, 2022. Stay tuned to see the Lerners team take a shot at cancer and compete to win the cup!

For more information on the Grand River Hospital Foundation and its initiatives, visit the website here.

Back to Community Find a Lerners Lawyer Office Details